The historic flour mill at Jembaicumbene was built by Charles Dransfield in 1859 and opened on 25th January 1860 as The Jembaicumbene Steam Flour Mills. In 1853 Dransfield had married into the Roberts family at Exeter Farm, where he lived with various other relatives. The eastern end of Exeter Farm was known as the Old Dairy Flat Station, on which was the earliest dairy and dairyman's residence in the district, dating from the mid 1830s. Dransfield and his new wife inherited this site, on a rise above the thriving village of Jembaicumbene and a part of a 640 acre portion purchased as freehold by William Roberts in the 1830s, and built a charming Victorian Gothic extension to the dairy with simple accommodation for staff and themselves. While the beautiful Jembaicumbene valley, with its broad river flats, had produced the districts best wheat crops between the 1830s and 1850s, the discovery of gold in 1851 saw a flood of prospectors arrive from across the continent. Some of the most lucrative alluvial finds were discovered on Dransfield's land and, with his neighbours, he became wealthy through issuing mining leases near the Jembaicumbene Creek. By the mid 1850s Jembaicumbene had a burgeoning population of many thousands and numerous hotels and stores. To cater for this influx Dransfield conceived an ambitious new business centred around a gigantic modern steam engine. The plan represented one of the biggest financial investments of any business in the district. In mid June 1859, Dransfield advertised that "miners should not dig in the old Dairy Flat paddock as building will shortly commence". The fully equipped four story stone and brick mill was completed and open for business a remarkable six months later, a feat of organisation which could not be replicated today.

Built to the highest quality, the mill was designed by the Sydney architect-surveyor C E Langley of George Street. Langley had until 1843 been in a civil engineering partnership with the Colonial Architect Mortimer Lewis, and had completed numerous prestigious residential and commercial works in Sydney. The 20hp state-of-the-art engine was ordered from P N Russell & Company in Sydney, who undertook all the engineering works for the mill, also supplying the milling equipment, chaff cutters, lift and the galvanised sheet tiles for the roof, imported from England. Russell's were one of Australia's oldest engineering foundries, established in the 1830s over the Tank Stream in Macquarie Place. By the mid 1850s Peter Nichol Russell was producing cast iron markers for the Government, verandah posts and architectural items, mining equipment and steam engine parts. The company became one of the most innovative and productive of the Industrial Revolution in Australia, but controversially closed suddenly in 1875 with a lock-out over staff hours and pay. Housed in a special building built with granite cut from the property and bricks made in his own pit, Dransfield's engine powered the magnificent four storied flour mill in which he could grind grain, bake bread, dry hops for beer and breed pigeons for sports and food. He extended the drive shafts of the engine to operate a saw mill cutting firewood and building timber, and a gold stamping battery which crushed granite to extract gold.

The mill site, on a prominent rise above the ford of the creek, uses as its mill pond a deep pit built several years earlier. The pit, with piled and staked banks, is flooded by several springs which have obscured until recently the horizontal shaft radiating out and under the mill building, and discovered during recent excavations.

The purpose of the shaft has become evident as excavations have proceeded and historical research is uncovered. In early February 1892, four local boys were swimming in what newspapers described as "William's abandoned, water-filled mine shaft near the Mill" when one, Mr Trussell's son, became stuck in the shaft and was drowning. One boy,Patrick O'Neil dived in and was able to rescue him. He was unconscious when carried to the nearby residence but had been restored to animation by the time Dr Llewellyn arrived. O'Neil was consequently awarded a Royal Humane Society Certificate of Merit for bravery at a large community presentation ceremony on the stage of the Literary Institute. At this event suggestions were first put forward for the construction of a public swimming pool in Braidwood and for lessons to teach children to swim.

Behind the mill was an enormous in-ground water tank, using the northern stone wall of the mill as one side, which extends six foot underground, and the remaining three walls of the tank were built of stove bricks. The water reservoir had a row of long wooden poles set down the middle which supported iron frames holding a sealed wooden cover. Inside the engine house, access to the reservoir was via a wooden trapdoor with brick surrounds down which buckets could be let on ropes. Adjacent to the reservoir and under the engine house was a large stone lined well. Fresh water could thereby be kept in reserve for the 6,000 gallon boiler mounted behind the chimneys, and all of these containers could be emptied into the well and tunnel for cleaning and maintenance. Additional water was pumped to and from the mill pond via a long water race joining Jembaicumbene Creek. Victorian pipework has also been discovered connecting this elaborate water system to the nearby homestead and stables.

Whimsy and Words. A delightful afternoon of Poetry and verse by Melinda Smith, Harry Laing and Nicol

Jazz at the Mill

Our Family and other animals 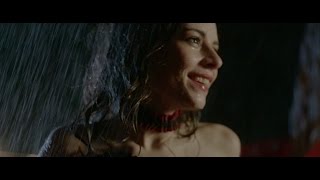 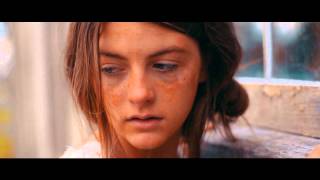 Mechanical Music - Music for the masses